Ukrainian soldiers take position on a bridge inside the city of Kyiv, Ukraine, . Russia pressed its invasion of Ukraine to the outskirts of the capital Friday after unleashing airstrikes on cities and military bases and sending in troops and tanks | Emilio Morenatti/AP/Shutterstock
By Katarina Hall and John Palomino

As Russia continues to unleash airstrikes on Ukrainian cities, scenes of the attack have left many in shock as buildings catch fire and explosions burst across the country's skies.

According to Ukrainian officials, at least 137 Ukrainians have died in the first two days since the invasion and hundreds of others have been wounded -- often while fighting to defend their families and their homeland.

“More than 40 hours of resisting Russian occupiers prove that we have the strongest army in Europe and a fearless people,” said Ukrainian Defense Minister Oleksii Reznikov. “Ukrainians are now fighting for the future that they deserve. For themselves and for all of Europe.”

But as Ukrainians continue to fight off the invading force, images have flooded social media, capturing heartbreakingly human moments of true love and unwavering patriotism.

In one stirring video, a Ukrainian soldier can be seen saying goodbye to his daughter as she and her mother prepare to evacuate Kyiv ahead of a coordinated Russian assault on the city.

The little girl can be seen handing her father a letter, bringing her war-hardened father to tears.

In another video, a young Ukrainian soldier is seen recording a message to his parents -- presumably in preparation for the worst. "We are under heavy bombardment," he can be heard saying. "Mom... Dad... I love you."

Wow really sad: Ukrainian soldier: “We are under heavy bombardment.. Mom.. Dad.. I love you”

Kira Rudik, a 36-year-old member or parliament and former tech entrepreneur, also took to social media to show how quickly her life changed after her country was invaded on Thursday.

"I learned to use Kalashnikov and am prepared to bear arms. It sounds surreal as just a few days ago it would never come to my mind. Our women will protect our soil the same way as our men," she tweeted.

I learn to use #Kalashnikov and prepare to bear arms. It sounds surreal as just a few days ago it would never come to my mind. Our #women will protect our soil the same way as our #men. Go #Ukraine! 🇺🇦 pic.twitter.com/UbF4JRGlcy

But as this picture of a child being born in a subway tunnel in Kyiv amid warnings of Russian air raids shows, life in Ukraine inevitably goes on.

A baby was born two hours ago in the #Kiev metro 💔#Ukraine pic.twitter.com/EBrFqFnIw2

In the last two days, Russia has sent almost 200,000 troops into Ukrainian territory, along with thousands on military vehicles that crossed into Ukraine from the north, east, and south. Several videos on social media show tanks roaming around Ukrainian cities.

An armed vehicle allegedly from Russia was reported to have run over a civilian car with a person still inside in Kiev.

Firefighters and other civilians are embarking in efforts to rescue those who have been left without a home or have been trapped by fire or rubble.

Kyiv citizens have moved to the subway stations to take shelter from the aerial attacks that are falling on the city.

Kharkiv: Hundreds huddle on the train platform, dark subway cars and on the stairwells as the Russian invasion of Ukraine continues. The station also serves as bomb shelter. Some have been here since 4am, most are restless. For safety the name of the station is not mentioned. pic.twitter.com/cuxiH4Ei3q

Hundreds of people, including many women and children are currently taking shelter inside a subway station in Kharkiv, #Ukraine as explosions are heard in the city. @washingtonpost pic.twitter.com/ZddeHqlMvU

As Ukrainian citizens seek shelter from the raids, the streets of Kyiv are left empty.

Moments ago in Kyiv. Sirens and empty streets. Never in 12 years have I seen it so bare and eerie. pic.twitter.com/ewujNtznEo 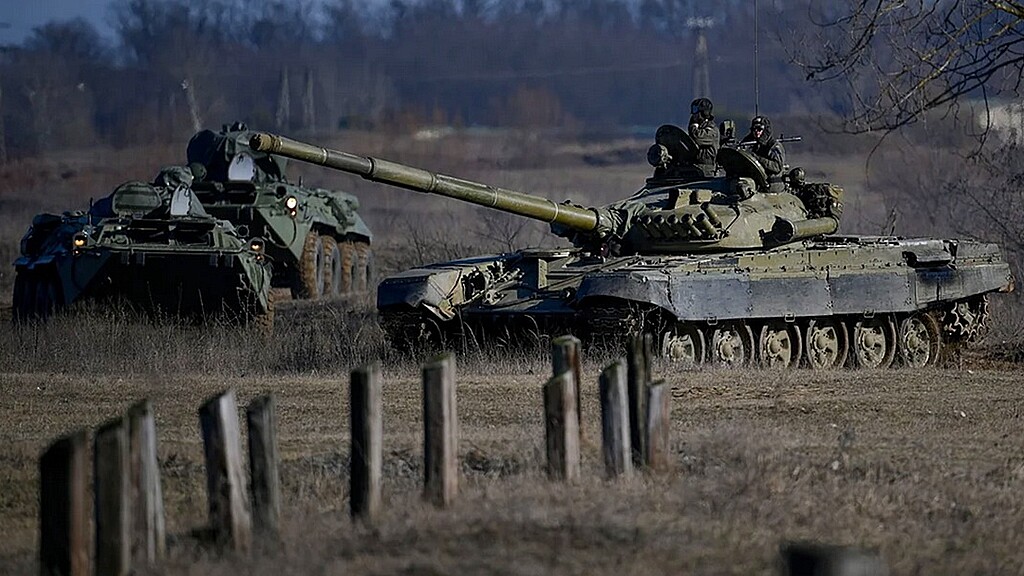 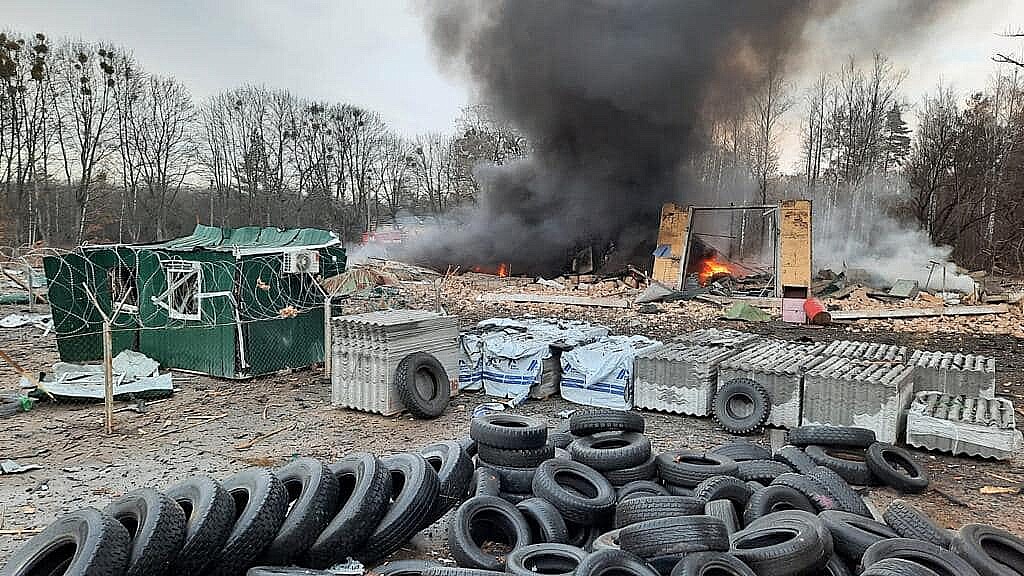 Zelensky vows to remain in city to fight, praises Ukrainians for their courage