The statement comes in the wake of President Joe Biden’s decision to lift several restrictions put in place by the Trump administration, namely lifting the so-called remittance ‘cap’ of $1,000 per quarter, removing restrictions on flights between the U.S. and areas outside Havana and reinstating the Cuban Family Reunification Parole Program. While individual ‘people to people’ travel will remain prohibited, some group travel under the educational travel category will be permissible.

Some restrictions from the Trump era will remain in place such as tourist travel and sanctions against Fincimex, the government-sponsored financial firm run by the Cuban military dictatorship. Still, the Biden administration reportedly “has engaged” in talks with the Cuban regime about another non-military entity for remittance processing. The Cuban Foreign Ministry called the Biden administration’s changes “positive but of a very limited scope.”

U.S. State Department spokesman Ned Price justified the move in a published statement, saying that easing the Trump-era restrictions “will support donative remittances to Cuban entrepreneurs, both with the goal of further empowering families to support each other and for entrepreneurs to expand their businesses.”

In a stunning twist of political irony, the administration's ease of sanctions against  come just 48 hours after the Cuban regime criminalized more human rights activities. The regime approved its new Penal Code with a new set of draconian measures to crush dissent on the island even further by making it a criminal offense for NGOs, journalists, and individuals to have access funds or material assets “with the purpose of defraying activities against the State and its constitutional order.”

In Cuba's case, activities against the State are usually considered public dissent or Human Rights advocacy. Republican lawmakers immediately slammed Mr. Biden’s decision, calling it a “betrayal” to Cubans who have suffered under the tyranny of the Castro regime and administration of Miguel Diaz-Canel.

“During Cuba’s historic anti-regime protests last year, President Biden said ‘[t]he United States stands with the brave Cubans who have taken to the streets to oppose 62 years of repression under a communist regime.’ Yet today, while hundreds of activists remain unlawfully imprisoned, the White House is resurrecting President Obama’s failed policy of unilateral concessions to the Castro/Díaz-Canel criminal dictatorship,” the lawmakers said.

“Rather than supporting their pleas for freedom by expanding democracy programming, broadcasting, global diplomacy, and sanctions against their oppressors, the Biden White House is rewarding the Western Hemisphere’s longest-ruling communist dictatorship with high-level talks, easing sanctions, increased travel, and access to U.S. financial institutions. Appeasing Cuba’s murderous regime does not comply with the statutory requirements in U.S. law and undercuts America’s support for Cuba’s democratic opposition.

“The Biden Administration’s repeated appeasement to the Cuban dictatorship is a betrayal of America’s commitment to human rights and freedom, and to the longsuffering Cuban people who are struggling for a genuine democratic transition,” the lawmakers concluded.

Mr. Biden’s decision comes amidst the largest Cuban migration since the Mariel Boatlift in1980 at a time when the regime’s economy appears to be crumbling. According to the Wall Street Journal, as many as 35,000 Cubans crossed illegally into the U.S. last month alone.

In September 2020, then Candidate Joe Biden made campaign promises to “try to reverse the failed Trump policies that inflicted harm on Cubans and their families.” Reports have indicated his administration has been conducting a review of Trump era Cuba policies, which were implemented soon after the 45th president took office.

Only a few months after he was sworn into office in Washington, Mr. Trump called out the Cuban regime for its cruelty and tightened economic sanctions. He also sharply criticized the Obama administration’s decision to warm relations with the military dictatorship.

“They made a deal with a government that spread violence and instability in the region and nothing they got, think about it, nothing they got, they fought for everything and we just didn’t find hard enough, but now, those days are over,” Trump said in June 2017. “We now hold the cards. The previous administration’s easing of restrictions on travel and trade does not help the Cuban people. They only enrich the Cuban regime.”

Media reports—including CNN—have already indicated that Biden’s move could have significant implications for him and the Democratic Party in Florida and other areas with high Cuban-American populations. “How Biden navigates Cuba could carry political implications, given he lost Florida to Trump in the 2020 election after the former president repeatedly claimed Biden would turn the U.S. into a ‘socialist country’ if he won, a message that resonated with Cuban Americans,” the network wrote.

"Biden has just surrendered Florida to the Republican Party," said attorney and Inspire America Chairman Marcell Felipe, who is also developing a democracy transition plan for the island. Historically, every Democratic presidential candidate who gets 40 percent of the Cuban American vote wins the state and its electoral vote. Every Democratic candidate who has done it has done it by rejecting the policies the Biden administration announced yesterday. Even President Obama employed these after winning his second election. This decision is political suicide for Democrats in statewide races in Florida."

From the House side of Congress, Rep. Mario-Diaz Balart (R-FL), who represents one of the largest Cuban-American districts took to Twitter, saying, “POTUS’ unilateral concessions are a betrayal to Cuba’s democratic opposition. His comments were immediately retweeted by Rep. Mark Green (R-TN), who made personal appearances in Miami’s Hialeah area at the Cuban Brigade 2506 alongside Gov. Ron DeSantis during the July 11 protests.

Rep. Maria Elvira Salazar called out the administration’s move, tweeting, “Biden is making a historic mistake by returning to Obama’s failed Cuba policy. By doing business with the Cuban dictatorship, a weak President is empowering a failed regime that starves, oppresses, and murders its people. Unreal.”

On the Senate side of the legislature, Sens. Ted Cruz (R-TX) and Rick Scott (R-FL) went on the offensive. Cruz tweeted, “A cornerstone of the Biden admin is to appease criminal regimes around the world. In Cuba, Biden is picking up where Obama left off: catastrophic and unjustifiable concessions.”

Scott declared, “Joe Biden’s appeasement of the illegitimate communist Cuban regime is DISGUSTING. The administration claims they are helping the people but have done NOTHING to secure the freedom of political prisoners like José Daniel Ferrer, who are subjected to physical and psychological torture in an attempt to end their life. Since the July 11th protests, instead of standing with the freedom-loving people of Cuba, Joe Biden has shown weakness and cowardice – bowing to the demands of a murderous regime instead of standing for democracy and human rights. It is sickening and why I will be holding ALL relevant nominees that have been reported favorably by committees to the Senate Floor until the decision is reversed.”

“I am dismayed to learn the Biden administration will begin authorizing group travel to Cuba through visits akin to tourism. To be clear, those who still believe that increasing travel will breed democracy in Cuba are simply in a state of denial. For decades, the world has been traveling to Cuba and nothing has changed. For years, the United States foolishly eased travel restrictions arguing millions of American dollars would bring about freedom and nothing changed. And as I warned then, the regime ultimately laughed off any promises of loosening its iron grip on the Cuban people and we ended up helping fund the machinery behind their continued oppression.”

In the U.S. State Department’s statement, Mr. Price concluded by adding, “We continue to call on the Cuban government to immediately release political prisoners, to respect the Cuban people’s fundamental freedoms, and to allow the Cuban people to determine their own futures.” 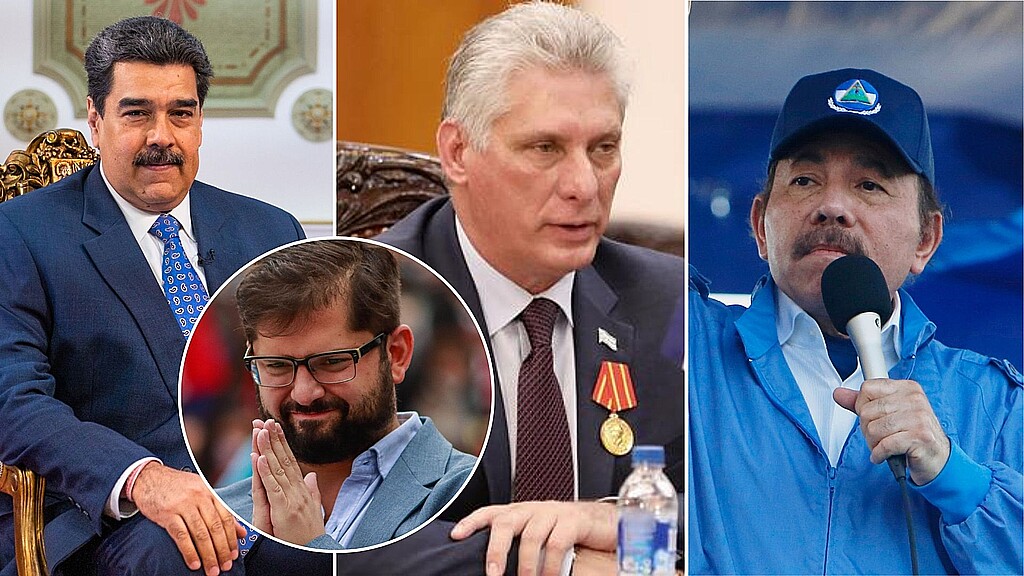 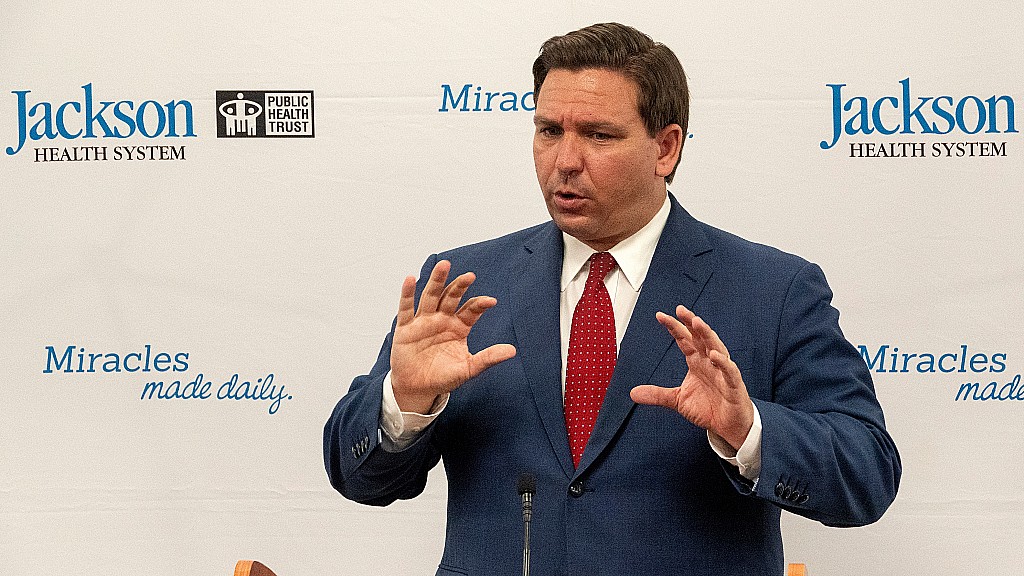 DeSantis: Biden 'doesn't care if you suffer at the pump' 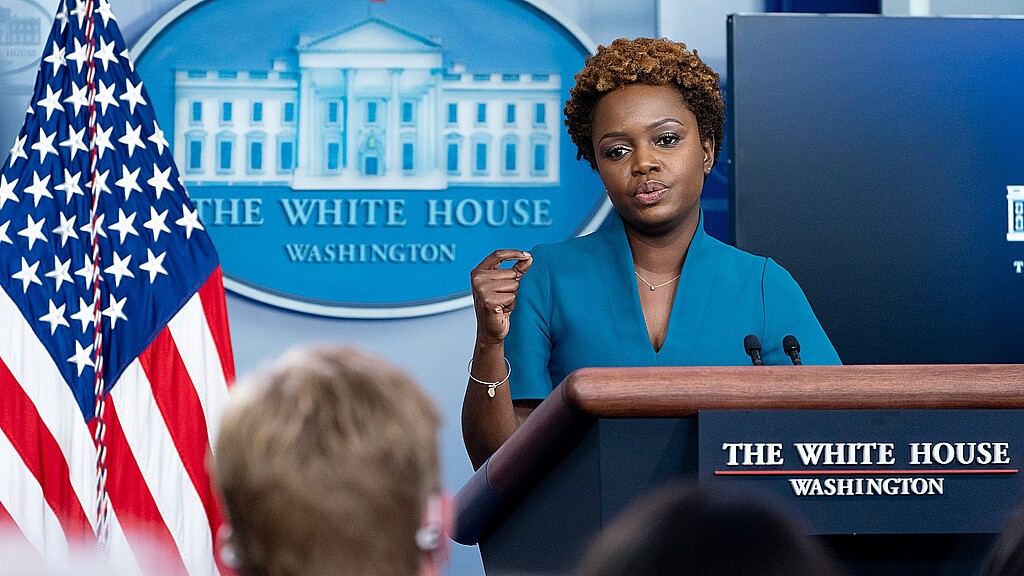 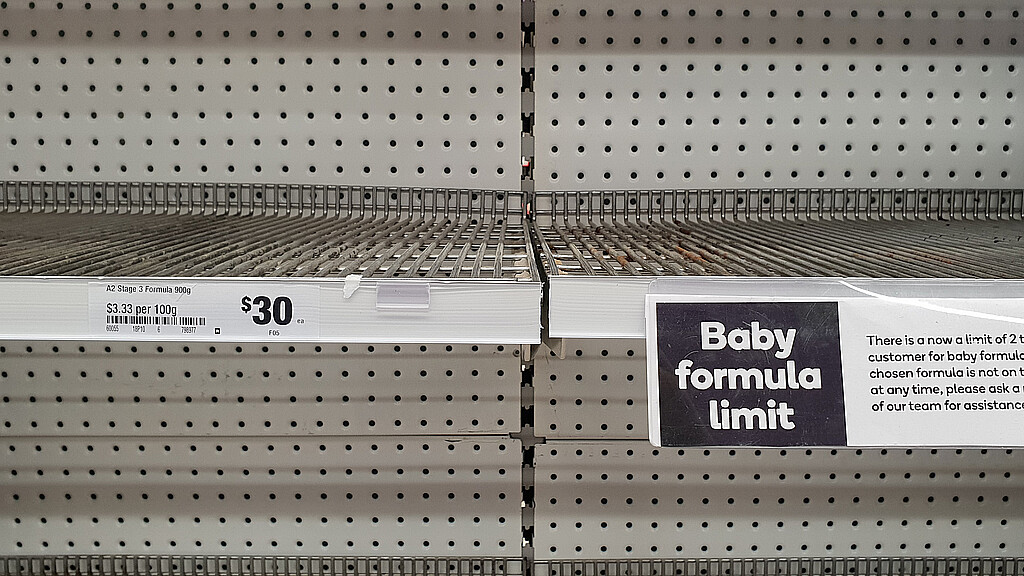