RUBIO: Cubans want freedom. The U.S. should be on their side

In July 2021, the Cuban people showed the world what they really wanted: freedom from tyranny and oppression. A year later, that desire has not changed. The fight for freedom is not over. America should be on their side

The Cuban people erupted into peaceful protests one year ago. After decades of oppression, thousands of heroic men, women, and children rose up against a tyrannical dictatorship with cries of “Libertad” and “Patria y Vida” in pursuit of basic freedoms and justice.

These people weren’t professional political agitators, nor were they revolutionary ideologues. They were just ordinary Cubans, led primarily by artists, intellectuals, and poets, who nevertheless chose to risk their lives for their country’s future.

As Americans, that story should resonate deep in our hearts, because it’s not far off from our own story: that of the rebels against tyranny whose achievements we celebrated on July 4. In fact, Cuba’s dissidents do more justice to our national ideal of freedom than the privileged elites who demonstrate in favor of Marxism all across America today.

But what meaningful actions has the Biden Administration taken to help the Cuban people in their fight against oppression? None. It simply pledged to ease sanctions imposed by former President Trump, which will just fill the dictatorship’s coffers.

Meanwhile, the Cuban regime itself has responded to the protestors with a vicious crackdown. In July 2021, it broke up the protests with violent force and arrested over 1,000 Cubans. Since then, the regime has been conducting “the largest and most punitive mass trials…since the revolution.” It has charged over 30 protestors with sedition and issued them unjust prison sentences of up to 25 years. Some of those convicted are minors. On top of all that, the regime has enacted a new draconian penal code and recently warned its citizens of severe consequences in the event of additional protests. It is doing everything possible to ensure there will not be another “11J.”

As Americans, we shouldn’t just stand by and watch this oppression play out, and we certainly shouldn’t give the Castro/Díaz-Canel dictatorship a leg-up. Rather, we should take concrete steps to support the Cuban people.

The first step is to abandon the Biden Administration’s present strategy of appeasement and stop turning a blind eye to the regime’s recurring abuses. That means maintaining existing sanctions on the regime and using them to target particularly abusive insiders, like we did in 2012 to punish the Russian officials who killed Sergei Magnitsky. It also means prohibiting American credit to Cuba, as the Trade Sanctions Reform and Export Enhancement Act of 2000 requires.

The second thing we should do is urge the United Nations and Red Cross to immediately deploy a delegation to monitor human rights violations on the island. We need to shine a spotlight on the regime’s unjust treatment of political prisoners, including José Daniel Ferrer, Luis Manuel Otero Alcántara, and Maykel “Osorbo” Castillo. These brave men, their families, and all of Cuba’s prisoners of conscience are in desperate need of humanitarian assistance.

Finally, the United States should do all it can to provide the Cuban people with reliable information, untainted by the regime. I have repeatedly asked the Biden Administration to act on this front, but I have received no response. Fortunately, Congress doesn’t need the administration’s permission to pass laws. That’s why I introduced the PATRIA Y VIDA Act last year. It would provide resources to U.S. companies to help Cubans bypass internet censorship and develop a strategy to overcome regime-led blackouts on the island and beyond. Congress should pass that legislation without delay so that more people can know the truth about the Castro/Díaz-Canel dictatorship.

Last July, the Cuban people showed the world what they truly wanted: freedom from tyranny and oppression. A year later, that hasn’t changed. But their fight isn’t over. America, the land of the free, should be on their side. The Biden Administration must end its appeasement of Cuba’s brutal regime, and the United States government must act to keep the spirit of the courageous 11J protestors alive.

RUBIO: Inviting Cuba to the Summit of the Americas would be an egregious mistake

"Release them now!" – U.S. speaks out against trials of Cuban 11J protesters 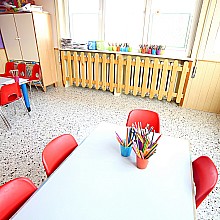 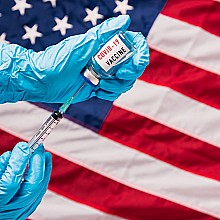 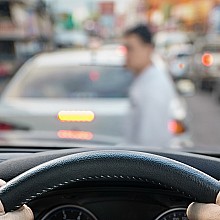 Fentanyl seized at borders could kill US population five times over 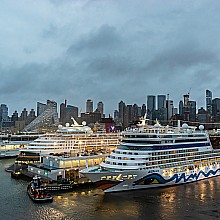