A Los Angeles attorney that has been detained in Venezuela since March is asking the Biden administration for help as he faces criminal charges in the South American country.

Eyvin Hernandez, 44, sent President Joe Biden his message via a secret recording from within the Venezuelan prison.

In the recording he described how he has been a dedicated employee of the Los Angeles County Public defender’s office for the past 15 years, many times working for those who do not have the means to defend themselves.

“No one should be abandoned at the time of their greatest need and when they’re most vulnerable,” he said in the almost two-minute recording, which was provided to The Associated Press by Hernandez’s family. “However, I don’t feel like my government feels that way about me.”

Hernandez says that it has been months since he and other Americans have been imprisoned in Venezuela. Since then he added, they have lost all hope of getting a fair trial in the country.

“This place is meant to break you psychologically and spiritually,” he said of confinement at a maximum security prison housing many of Maduro’s opponents. “We’re all innocent, yet we’re being charged and treated as terrorists.”

Hernandez said two of the other Americans imprisoned there have already tried to commit suicide, and another is having daily mental breakdowns.

“If you don’t get us out soon, then there might not be anyone left to save,” he said.

The video was given to Hernandez’s brother, Henry Martinez on August 21. A copy of the video was then provided to the State Department, which turned the case over to the special presidential envoy for hostage affairs, Roger Carstens.

The Californian lawyer was arrested on March 31 along the Colombia-Venezuela border. According to Hernandez, he had traveled from Medellin with a Venezuelan friend who needed to get her passport stamped to resolve a migratory problem in Colombia.

However, he and his friend fell into the hands of criminal gangs. The men with rifles asked them for money, but when they didn’t have any they ordered him to walk across the border between the two countries. Upon finding his American passport, they handed him over to Venezuela’s security forces.

According to his family, Hernandez never intended to cross the border, but ended up getting ensnared in a terrible situation that resulted in his arrest and imprisonment.

Hernandez’s plea comes as the Biden administration has been trying to free at least 10 Americans who have been wrongfully detained by the Venezuelan regime. 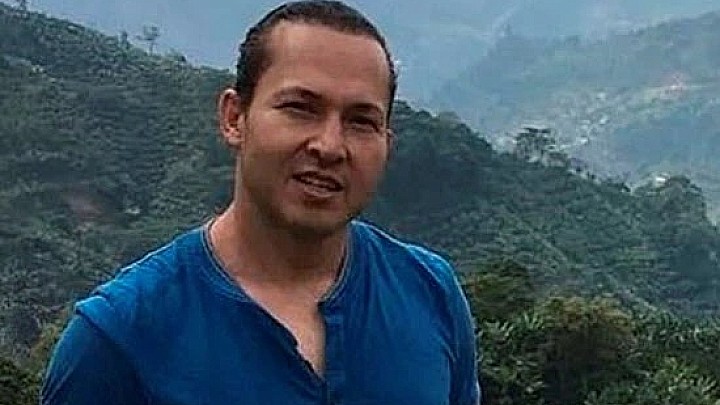