When the train derailed, several other scouts jumped into action to help the other passengers

A group of Wisconsin Boy Scouts sprang to action after an Amtrak train collided with a truck and was derailed on Monday in Missouri, helping passengers get off the train and assisting first responders.

The 16 Boy Scouts and eight adult leaders were traveling home on an Amtrak train from Los Angeles to Chicago, returning from a 10-day backcountry excursion in New Mexico.

The train, however, derailed after hitting a dump truck at a crossroads in Missouri. The impact of the crash overturned the train onto its side, causing the passengers to fall off their seats.

The train I was traveling on derailed on the way to Iowa near Mendon Missouri pic.twitter.com/YndSEEXkto

The scouts were spread throughout the train at the time of the incident. They were in different cars, the dining area, and the obversion deck.

When the train derailed, several other scouts jumped into action to help the other passengers. Two groups of scouts broke the windows of the train and helped many passengers off the train.

Other scouts used their first-aid training to help injured passengers and then helped first responders immobilize passengers as they placed them on backboards.

After escaping from the derailed train that turned over, Eli, a 15-year-old Boy Scout, found the driver of the dump truck, who was lying in a ditch, according to his father and Scout Master, Dan Skrypczak.

The driver was badly wounded. Eli attempted to provide him with first aid and stabilize him. When not much else could be done, he held the driver and comforted him as he died.

“The adrenaline kicked in, and something took over and I knew what to do,” Eli told WITI. “It was unreal. It still doesn’t seem real to me.”

One scout, however, was stuck in the train’s bathroom for 35 minutes. He became trapped by the weight of a passenger that died and fell against the bathroom door.

There train was carrying 243 passengers and 12 crew members. Four people were killed and 50 others were injured in the accident, according to officials.

Two of the scout’s adult leaders were injured and were transported to a hospital for broken bones, broken ribs, and a punctured lung. One of the Boy Scouts was also injured and taken to the hospital. His condition is unknown.

“Any scout leader sees the kids staying calm and being part of the solution instead of the emergency itself, I think any scout leader would be proud of that,” said Dan Skrypczak, Eli's father and fellow Scout Master. “And I am.” 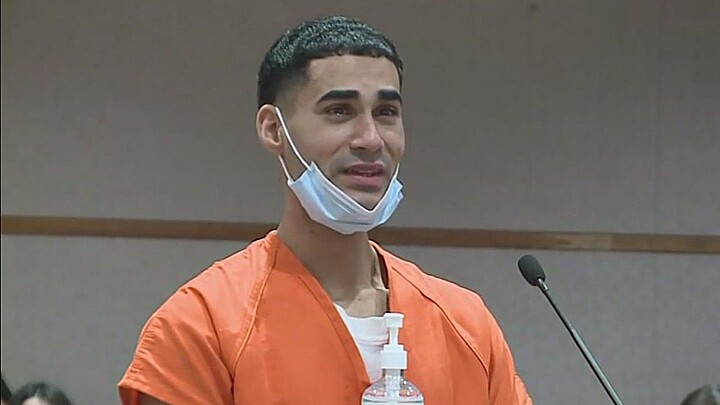