It’s no secret that the Latino voters are steadily moving towards the political right, but a new development in Texas has sent Democrats into crisis mode as they scramble to reverse Republican gains ahead of the upcoming midterm elections.

According to a new report from the Daily Caller, a growing number of Hispanic women will represent the Texas GOP in the upcoming midterm elections and four have already won their respective Republican primaries – with two more heading into runoff elections in May.

Representative of the racial shift within the GOP, candidates Mayra Flores, Monica de la Cruz and Cassy Garcia stand to become the first Hispanic women and the first Republicans to represent South Texas in the United States Congress.

“Not just are you talking about gender, but you’re also talking about — all three of them are Hispanic,” Adrienne Pena Garza, chair of the Hidalgo County Republican Party, told the Daily Caller.

“All three of them are from the community, so they have a good pulse of what’s really going on.”

Although Garza admitted that she has never liked “identity politics,” she recognized how remarkable it is to see the “domino effect” of conservative women stepping onto the nation’s political stage.

“I’m not shocked that they’re Hispanic, but I guess when you sit down and you really think about it, my gosh, they’re all female, they’re all Hispanic,” she said. “It’s really because America’s been put last and people are seeing that and saying ‘Hell no, we need to do something about this.’”

Democrats have seen the writing on the wall since President Joe Biden lost a large part of the Latino base to the GOP during the 2020 presidential elections.

Since then, polls have shown that Hispanic voters are evenly split between both parties – an unprecedented political shift that the Democratic party is still struggling to mitigate.

Claudia Alcazar, who chairs the Starr County Republican Party, said she believes the rise of Hispanic women in the party can be attributed to a “new generation” that is finally “coming out of the closet” as conservative and feels empowered to speak out.

“We’re the mothers … we’re the ones who raise our children and we’re not happy with all this stuff that’s going on through Critical Race Theory and all that stuff just doesn’t alight with our views as Christian women,” Alcazar said. “So yeah, we’re getting more involved. Absolutely.”

In a recent interview with ADN America, Former Trump White House Chief Strategist Stephen K. Bannon said Hispanics are making a bold shift to Trump Republicanism, a move he is convinced will fundamentally transform the U.S. balance of power from the left to the right.

“We got the Hispanics going on our side, African Americans coming on our side,” Bannon told reporters. “We’re taking down the Biden regime — every day the focus,” he added.

ADN America contacted Bannon and asked him to elaborate on his prophetic courthouse comments, and in an exclusive interview, the former Trump strategist told all.

“The Hispanic voting shift is the single most important thing in American politics right now, and it’s a catastrophe for the left. That’s the reason the mainstream media won’t touch it,” Bannon told ADN America. “This is all shifting.” 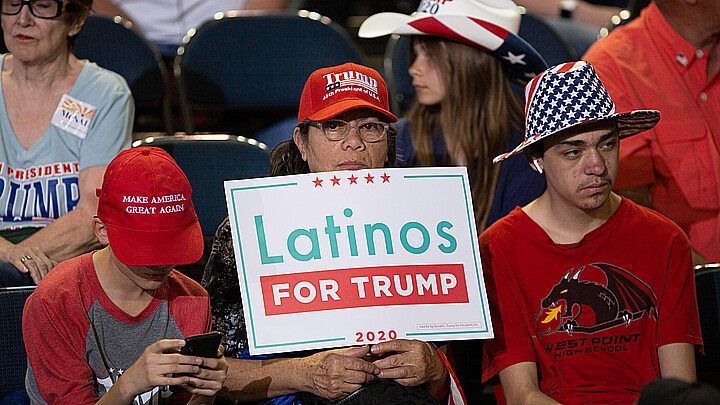 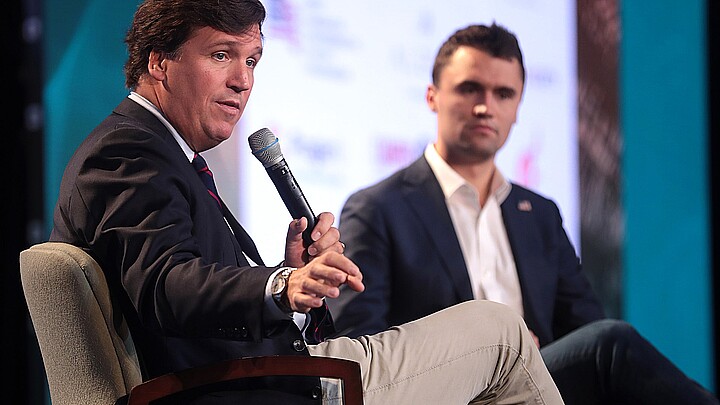 Tucker Carlson: The Latino shift to the right is real