Since Ironbound was tagged, the shark has traveled 13,413 miles in the last 570 days

A 998-pound great white shark has been spotted swimming off of the New Jersey shore, according to OCEARCH, a marine research group that provides data on shark migration.

The 12 feet, 4 inches long shark was named Ironbound after the West Ironbound Island near Lunenburg, Nova Scotia, where it was originally spotted on October 3. According to Bob Heuter, chief scientist at OCEARCH, Ironbound is around 20 years old.

As part of its research, OCEARCH captures and tags sharks with an electric tracker. This process allows the non-profit to track the shark’s travel log whenever it breaks the ocean surface.

Since Ironbound was tagged, the shark has traveled 13,413 miles in the last 570 days, taking him close to the Jersey Shore. "He's gone back and forth from where we found him in Nova Scotia and the Florida Keys several times," Hueter said.

Great white sharks tend to make this migration pattern every year. They spend the summers close to Canada and their winters as far south as the Gulf of Mexico.

"They're moving north to the very rich feeding grounds off of Canada and the northeastern US," Hueter added.

Ironbound is expected to spend most of his summer in the north, near Nova Scotia and then return to Florida when the temperature drops.

"Mating season is over, we think, and Ironbound is on his way north to get into some good feeding ground and bulk up again for the next year," Hueter said.

Ironbound is not the largest shark that OCEARCH has tagged: they previously encountered a great white shark weighing around 4,000 pounds at 17.5 feet long. 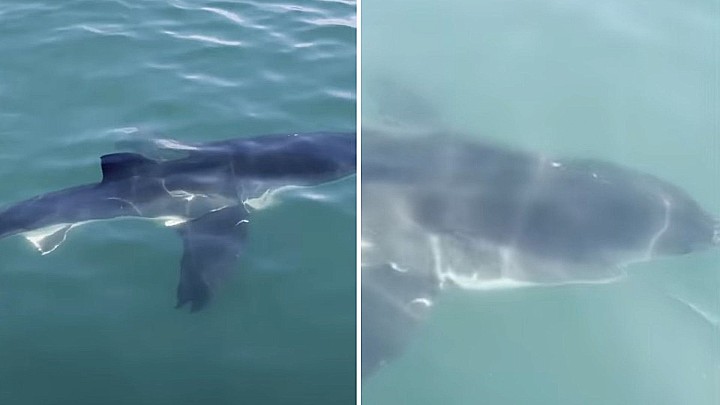 VIDEO: Massive shark spotted off the coast of New Jersey 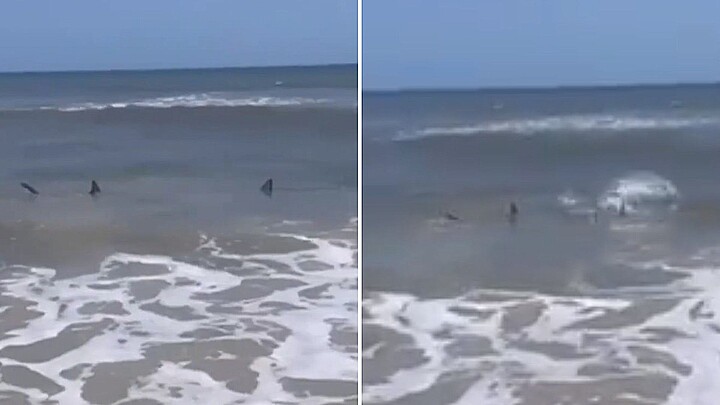