New York officials promised to use “every legal resource” available to blunt the impact of the Supreme Court’s decision to strike down the state’s 1913 law requiring people to show “proper cause” why they should be allowed to carry a handgun.

NYPD Commissioner Keechant Sewell said at a press conference of city officials on Thursday that there were no immediate changes from the Supreme Court ruling, warning those with a permit to keep a gun at home that it did not “automatically convert to a carry permit.”

“If you carry a gun illegally in New York City, you will be arrested,” she warned.

At a separate news conference, New York governor Kathy Hochul, a Democrat, announced her intent to summon state lawmakers back to Albany after the Fourth of July to consider new gun restrictions, such as a training requirement or banning concealed weapons in businesses unless the owner “affirmatively” allows them, reports The New York Post.

The New York state legislature has a Democratic supermajority in both houses.

Leaders in California had been considering ways to respond to the anticipated Supreme Court ruling, reports the Los Angeles Times.

Democratic California lawmakers, who also hold supermajorities in the state legislature, plan to amend and pass Senate Bill 918, proposed by state Sen. Anthony Portantino (D-La Cañada Flintridge), which will specify the places weapons cannot be carried and clarify qualifications for obtaining a license.

“While this decision is no doubt a setback for the safety of Americans, it also affirmed the rights that states maintain to protect our people,” said California Attorney General Bonta.

“It leaves us with options to protect our families, and we intend to use those options.”

However, some California counties see the ruling as affirming the expansion of concealed weapons permits.

Los Angeles County Sheriff Alex Villanueva has dramatically increased the number of permits issues in the county since taking office, with active concealed carry permits jumping from 155 holders in June 2020 to more than 2,800 as of last month, reports the L.A. Times.

His department issued a statement on Thursday that they had issued more permits in response to the spike in violent crime within Los Angeles County, and that its lawyers were reviewing the decision.

Fresno County Sheriff Margaret Mims said in the statement that the ruling “aligns with my long term policy that self-defense and personal protection is just cause for obtaining a Concealed Weapon permit” and that her county’s more than 15,000 permit holders “do not pose a danger to the community because they are responsible gun owners who carry for defense, not offense.” 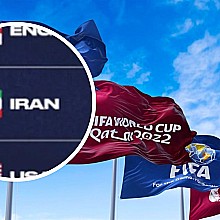