Case against Trump muddied by episodes in which Democrats helped a comedian's team breach building security, defaced property and got crossways with evidence the police gathered.

With hype and Hollywood glitz, Democrats pursuing the Jan. 6 probe vowed to expose a conservative conspiracy to violate the U.S. Capitol and destroy democracy. But so far they have been tripped up by their own follies, ranging from aiding TV comedian Steven Colbert’s team in breaching building security to making allegations against a GOP congressman that their own police force disowned.

Meanwhile, compelling evidence Democrats’ own hearings have mostly ignored point to serious pre-Jan. 6 security and intelligence failures on Speaker Nancy Pelosi’s watch that suggest the Capitol riot 18 months ago might have been quelled or prevented with a better plan and more resources, like National Guard troops that had been offered and rejected in advance.

“I think it's a disaster for them,” former GOP presidential candidate and ex-Arkansas Gov. Mike Huckabee says. “First of all, the ratings ~ my gosh, I mean, it's getting lower ratings than the Oscars and the Emmys combined. It's pretty much that nobody wants to watch this except the people who would sit around and watch MSNBC all day. And we know what kind of folks that attracts.”

Huckabee said Democrats promised to make a splash with their prime-time hearings but failed to deliver any new major revelations despite glitzy, Hollywood-edited videos.

Meanwhile, they got stung with their embarrassing revelations. And once Americans saw a one-side presentation with no chance for former President Donald Trump or others accused to defend themselves, they’ve begun wondering why Democrats aren’t focused instead on issues like high gas prices, baby formula shortages, food prices and urban crime, he added.

“Not letting the other side even ask questions, that's not even American. That's not how we do things,” he said. “It's really a shame that this is the best the Democrats have to offer.”

While the public has lost attention, Democrats have endured several embarrassing episodes in recent days that call into question their own claims to be concerned about Capitol security, law and order and the police they’ve asked to protect one of America’s most important institutions.

The latest revelation came Monday when Just the News divulged that Capitol Police caught Massachusetts Democrat Rep. Jake Auchincloss’s chief of staff on security footage defacing posters outside the Capitol complex office of Rep. Marjorie Taylor Greene this spring. The police referred the aide, Timothy Hysom, for criminal charges, but the same U.S. Attorney's office that pursued the Jan. 6 defendants declined to approve an arrest warrant, according to documents and interviews.

You can read the arrest warrant here.

On Friday, Just the News also divulged a new Capitol security breach in which seven members of liberal comedian Steven Colbert's TV show production team were arrested by police for unlawful entry into a congressional office building in a visit facilitated by Democrats.

On Monday, police and Auchincloss’ office confirmed the congressman’s staff was involved in the Colbert’s episode too, checking the CBS crew into the Longworth House Office Building last Thursday before the team went rogue and started filming without permission and after business hours.

"The congressman had a scheduled interview with CBS, as did other members of Congress," Auchincloss spokesman Matt Corridoni told Just the News. "Our contact with them ended well before the building closed for the evening. We do not condone any inappropriate activity and cannot speak to anything that occurred after hours.”

Capitol Police released a letter saying officers reviewed all the security footage and Loudermilk never even set foot in the Capitol, and the group he had with him on Jan. 5, 2021, was simply on a constituent visit that did not involve any suspicious or illegal conduct.

It was the second major factual blunder the committee made about events the day before the riot.

Last fall, the committee accused former New York Police Commissioner Bernie Kerik of attending a Jan. 5, 2021, meeting in Washington, D.C., to plot to block the certification of 2020 election results. In fact, Kerik was in New York that day, according to phone and toll booth records made public by Just the News. The committee was forced to apologize and correct that mistake.

The Hysom episode is certain to spark a new counteroffensive against the committee, revealing behavior by a senior Democrat staffer that police believed was criminal. Republicans are likely to argue the episode exposes a dual system of justice and security that treats Democrats differently than conservatives.

Capitol Police asked federal prosecutors back in March for an arrest warrant for Hysom, 51, a longtime Democrat congressional staffer who worked for Rep. Adam Schiff before rising to be Auchincloss’s top aide. They did so after capturing Hysom on hidden camera security footage defacing Greene’s posters with stickers with religious messages, according to copy of the arrest warrant obtained by Just the News.

Police said they believed Hysom may have been involved in seven defacing of posters outside Greene's office in the Longworth Congressional Office Building between January and March and that he declined to be interviewed when confronted. Hysom was offered a "non-custodial interview and he declined and retained counsel," the report states.

"Based on the aforementioned, it is your affiant's belief that the defendant, Timothy Duane Hysom … did violate DC Code § 22–3312.01 Defacing Public or Private Property,” the arrest warrant stated.

You can read the warrant here.

Officials told Just the News that Greene was informed last month that the U.S. attorney's office in Washington, D.C., which has been the lead prosecutor on Jan. 6 crimes, declined prosecution because it did not believe a federal judge would allow the case to proceed.

Greene declined comment Monday, saying she would be making a statement Tuesday.

Hysom did not immediately return an email seeking comment Monday, but Auchincloss' spokesperson sent Just the News a statement confirming the defacing had occurred but insisting that treating it as a crime was "ridiculous."

Corridoni said the real victims were people forced to read Greene's posters that stated there are only two genders – male and female – calling the message "bullying."

"While Members of Congress have great latitude in what they do on the inside of their office, they do not own the exterior walls of their office," Corridoni said. "Regulations published by the House Buildings Commission prohibit 'posters' from being posted in the hallways outside of Members' House offices in the House Office Buildings.  Adhering a sticker – to a poster that shouldn't be there in the first place – is hardly a federal crime.

"What Tim did was to adhere a series of stickers to foul, mean spirited, bullying posters outside the Congresswoman's office. These stickers were never threatening and always respectful.

"It is certainly not part of a 'Members' Representational Duties' to print signs – at taxpayers' expense – whose sole purpose is to bully and intimidate the Member across the hall from you," he added. "While the Capitol Police were obligated to pass along Rep. Greene's accusation of 'destruction of public property' to the U.S. Attorney's office, they have set aside the charges and have declined to prosecute such a ridiculous accusation."

While insisting Hysom's behavior was legal, Corridoni went out of the way to say his boss, Auchincloss, did not know in advance what his chief of staff was doing.

The Capitol Police arrest request includes photos gleaned from security footage of Hysom outside Greene's office affixing the stickers and provides detail on how police identified him as the suspect. It noted police installed a hidden security camera after the first five defacing incidents.

"On Friday, March 11, 2022, your affiant reviewed video footage from the date and time of offense," the police report said. "According to video footage, a white male with a bald head, wearing dark clothing, and a face mask walked up and down the hallway before stopping in front of the sign outside of LHOB 1023. He then took an object out of an orange file folder and pushed it against the sign. He rubbed the object as to secure it and then proceeded to wait for the elevator. The defendant then returned to area and took a picture of the sign before leaving."

"After reviewing video footage, your affiant disseminated a department-wide BOLO in an attempt to identify the suspect depicted in the surveillance video. On Friday, March 11, 2022, based off of the BOLO, the defendant was stopped by officers in the LHOB at approximately 6:10 PM and identified as HYSOM, Timothy," the report added.

"After the defendant was sent on his way, another defacing incident was reported of the same poster outside of LHOB 1023," the report said. "According to the complainant the defacing occurred between 6:00 PM and 6:05 PM hours. An 8.5 x 11 inch sticker that read ‘True Disciples of Christ don’t say the thing you say, act the way you act, and treat people the way you treat people’ was affixed on the poster. This is the same quote as the defacing which occurred on February 1, 2022."

Police went back and reviewed the footage again and spotted Hysom affixing the sticker, the report said. "The defendant is wearing the same clothing and carrying the same bag as when he is stopped by USCP Officers minutes later," it added.

Hysom, according to a media report, was involved in an incident a few years ago when working for Rep. Adam Lowenthal in which Capitol Police were called. According to the news site Metroweekly.com, which quoted Hysom, a man came into the congressman's office and tore down a gay pride flag that was standing next to the American flag.

The news site described the incident this way:

"According to Lowenthal’s chief of staff, Tim Hysom, the man said it was 'disgusting' and 'immoral' to fly the Pride flag next to the American flag. He then grabbed it out of its holder, threw it to the ground, and stomped on it. Passersby stopped him by picking up the flag and putting it back in its holder. The man began to walk away," the site reported.

Lowenthal was quoted as saying his staff chased the man down and brought him to police.

"Capitol Police briefly detained the man, but decided that he had not broken any laws or rules. They later changed their tune and told Lowenthal’s staff that there were laws that had been broken. But by that time it was too late: the man was gone," the news site reported. 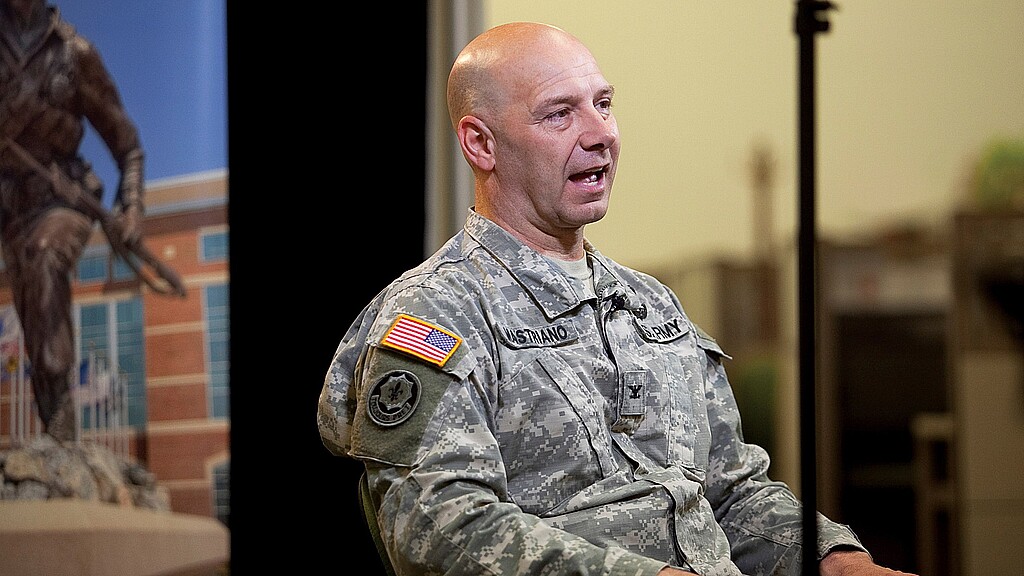 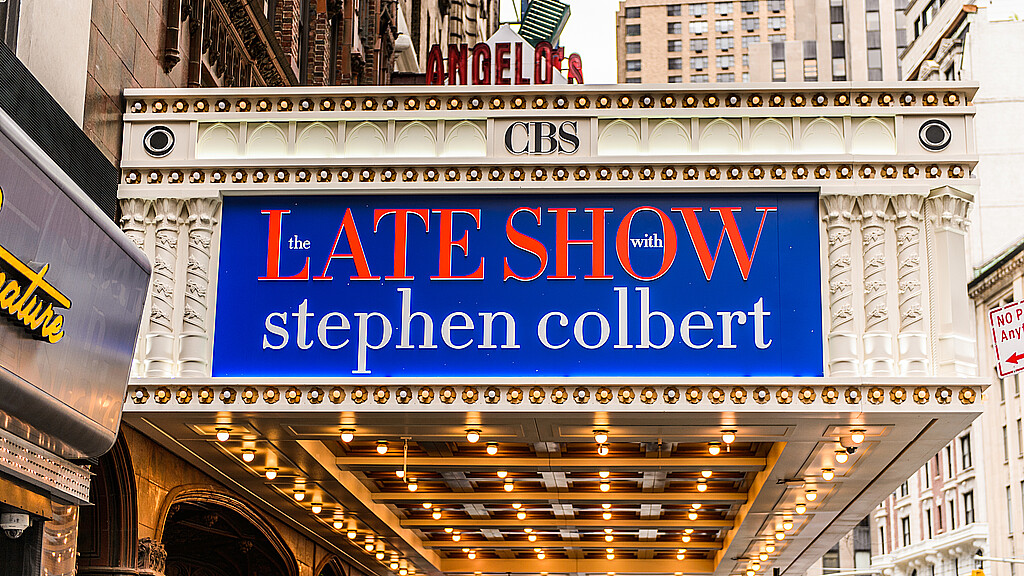 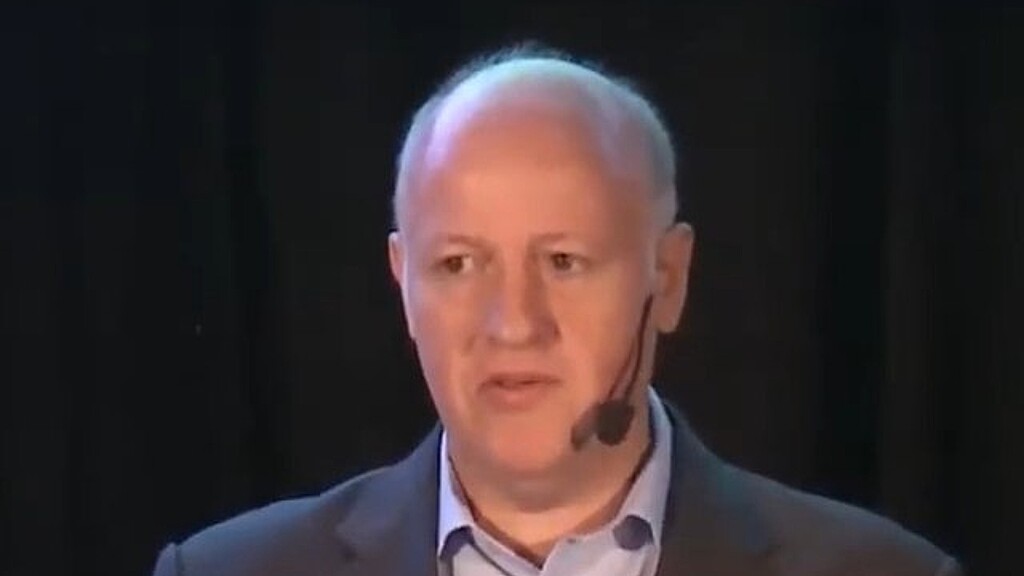