Kremlin Shock: Vladimir Putin falls down stairs and soils self in health scare

Putin, who is reportedly afflicted with an unidentified life limiting illness fell down five steps before landing on his tailbone

Russian President Vladimir Putin took a tumble down five steps before landing on his tailbone and soiling himself in a health scare that has the Kremlin rattled, according to reports from an anti-Kremlin Telegram channel.

Putin, 70, had his scare at his official Moscow residence Wednesday evening, according to the Telegram channel “General SVR,” which rumors suggest is run by a former Russian intelligence officer.

The Russian president’s security detail bolted down the staircase to help him, but the impact caused Putin to “involuntarily defecate” as a result of “cancer affecting his stomach and bowels,” said the Telegram channel.

Rumors have continued to swirl about Putin’s potential life limiting illness since the Ukraine invasion started in February with reportssuggesting everything from Parkinson’s disease to cancer.

“Three bodyguards helped the president get to the nearest couch and summoned medics, who are on duty at the residence,” General SVR reported.

“Nothing critical, the president’s condition closer to nighttime was stable, he can get around on his own, with pain in the coccyx area while sitting being the only thing that bothers him.”

The General SVR report said the Kremlin was planning an investigation to assess if foul play was involved in the president’s fall.

While Putin is known for his KGB era paranoia, there have been no shortage of reports suggesting that both the Russian opposition and even Putin allies are frustrated with the calamitous results in Ukraine and are aiming to target the leader in an assassination attempt or coup.

In May, former Ukrainian intelligence officer Kyrylo Budanov told the Ukrainska Pravda that Putin survived an assassination attempt in March.

“There was an attempt to assassinate Putin… He was even attacked, it is said, by representatives of the Caucasus, not so long ago. This is non-public information. [It was an] Absolutely unsuccessful attempt, but it really happened… It was about 2 months ago,” Budanov told the Ukrainian newspaper.

As a result, Putin takes extraordinary precautious to avoid betrayal and potential accidents, including wearing traction shoes to avoid slipping, and regularly inspects his staircase and other potential hazards in his residence.

“As it turns out, all precautions could be in vain when the nerves are shot,” the Telegram message said.

Putin’s mishap occurred just one day after he was photographed visiting Moscow a laboratory. The incident follows several suggestions from photographs and video in which Putin appeared to be struggling to stand or keep his balance.

His strange long table meetings have also raised questions with the public, suggesting he was taking extraordinary precautions to avoid COVID-19 or even the flu. Last month, Kyiv Post reported Jason Jay Smart tweeted screenshots of the Russian president meeting soldiers at a Ryazan training camp, raising suspicion that he had IV tracks on his hands.

“Putin’s oncology is progressing and, despite adequate treatment lately, the pain is not always completely relieved,” the channel said. “It must be understood that the deplorable state of the president’s physical and mental health affects the adoption of key decisions. Putin doesn’t want to change history, he wants to end it.”

Earlier this week The Sun revealed video on YouTube from a meeting with Kazakhstan president Kassym-Jomart Tokayev in which Putin’s feet shook repeatedly. 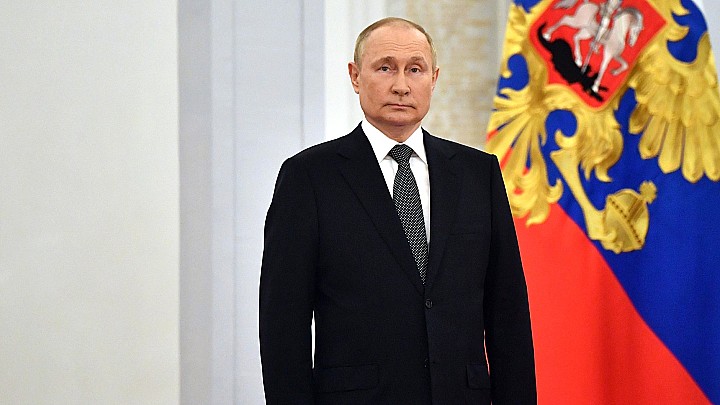 Rumors swirl of Putin cancer operation, and it may not be his first 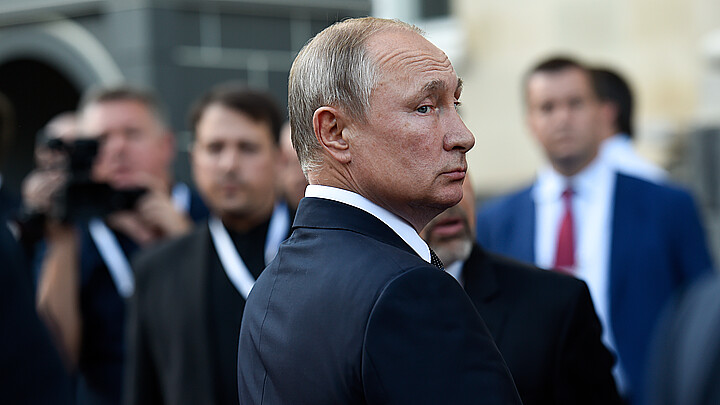 U.S. intelligence reveals that Putin has an advanced form of cancer