Victims of Texas truck tragedy begin to be identified

Authorities on Wednesday began identifying the 51 people who died Monday inside an abandoned tractor-trailer truck southwest of San Antonio, Texas.

"It has been possible to identify that four of the migrants who died in the tractor-trailer in San Antonio, Texas, could be of Honduran nationality since three of them were carrying Honduran passports and another person was carrying an identity card," the Honduran Ministry of Foreign Affairs said in a statement.

Betulia Machado, Adela Ramirez's aunt, said that her niece was on her way to Los Angeles, California, where her mother Gloria Machado and her sisters had been living for several years.

Ramirez's relatives hired a coyote to take her to the United States in search of the American dream.

At a press conference, Bexar County District 1 Commissioner Rebecca Clay-Flores stated that 39 fatalities were men and 12 were women. In addition, among the dead, 27 Mexicans and seven Guatemalans were already identified in the tragedy.

Thomas Peine, spokesman for Bexar County, warned that some of the 51 immigrants who died were "possibly" under the age of 18.

Several of the 16 survivors are in critical condition, with injuries including brain damage and internal bleeding, according to authorities.

The truck was found near a railroad track in southwest San Antonio, which is about 250 km from the U.S.-Mexico border. Several emergency crews, including firefighters, police and ambulances, arrived at the scene after receiving a call on Monday afternoon.

San Antonio Fire Department Chief Charles Hood said the people died of exhaustion and overheating inside the truck, which had no air conditioning. The victims were "hot to the touch," he added.

U.S. President Joe Biden said Tuesday that the deaths of more than 50 migrants show the need to fight the "criminal industry" of human smuggling.

"This incident underscores the need to go after the multi-billion dollar human smuggling industry that preys on migrants and causes far too many innocent deaths," Biden said in a statement from Madrid, where he is attending the NATO summit.

The president promised that his government "will continue to do everything possible to prevent smugglers and human traffickers from taking advantage of people trying to enter the United States." 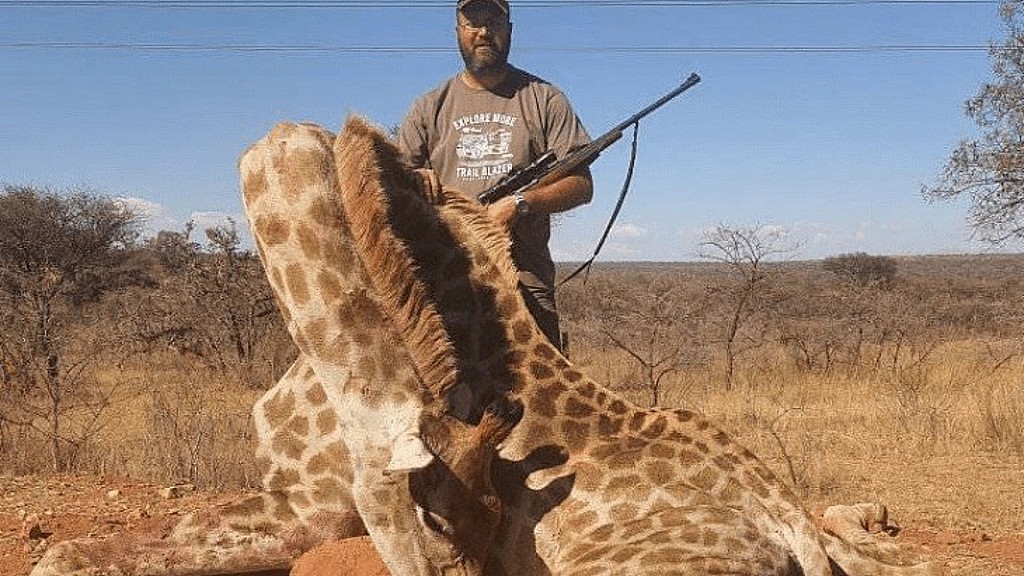 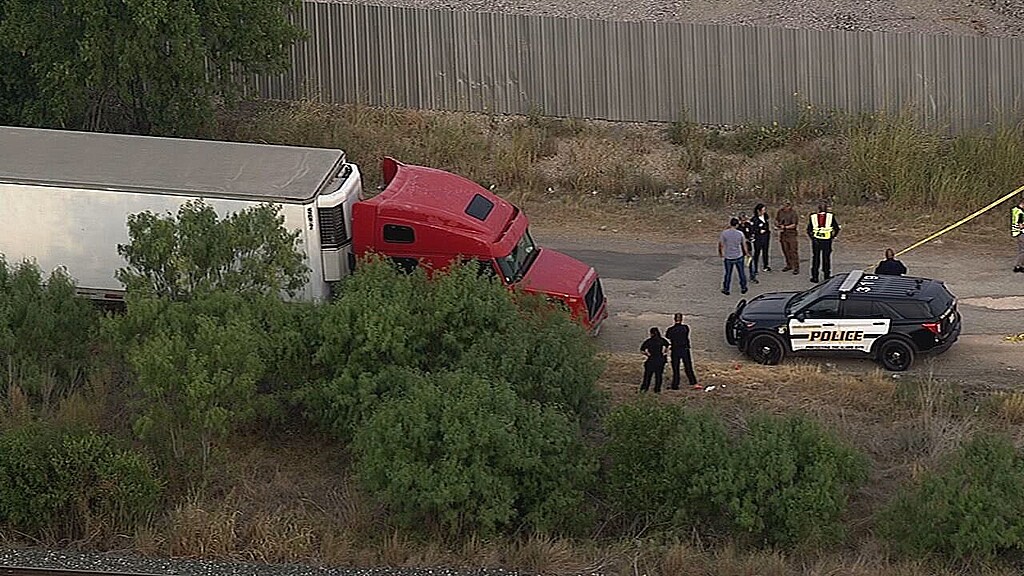 'I hope they succeed': Honduran mother's last words to her sons killed in Texas truck 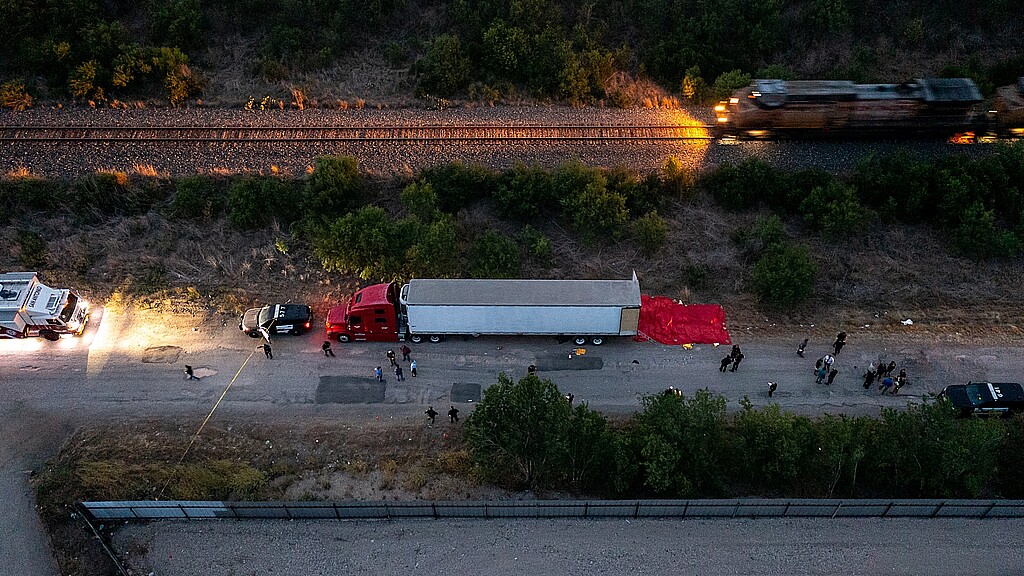