Two Guatemalan brothers, aged 2 and 6, were abandoned at the border with a note written on their clothes identifying them, the U.S. Customs and Border Protection reported.

The two boys were found by Border Patrol agents from the Rio Grande City Border Patrol Station (RGC) on Tuesday at around 6:20 a.m. near La Grulla, Texas. They traveled with a group of other migrants from Guatemala. Six other unaccompanied children were part of the group.

The siblings were wearing white T-shirts with a hand-written note on them stating their names and contact information for a relative that lives in the United States.

This morning, RGC agents encountered a group of 18 migrants near La Grulla. Amongst the group were two Guatemalan unaccompanied brothers, ages 6 & 2. Their shirts were scribbled with the names and phone numbers of their U.S. contact.https://t.co/zxki1OriLJ pic.twitter.com/xNYFKH3CyL

The migrants were all medically screened by a Border Patrol Emergency Medical technician, who found everyone in good health.

Border Patrol agents in the Rio Grande Valley sector have encountered more than 444,000 migrants this fiscal year, 71,000 of which are unaccompanied minors. According to the agency, these minors bring additional challenges for field agents and processing centers.

“Many of the unaccompanied children encountered by Border Patrol are very young and unable to provide names or phone numbers of family members,” the Border Patrol said in a press release.

“To locate a (child’s) next of kin, agents must rely on information written on articles of clothing or handwritten notes found among their property, adults within the group, and/or the consulate of their home country.” 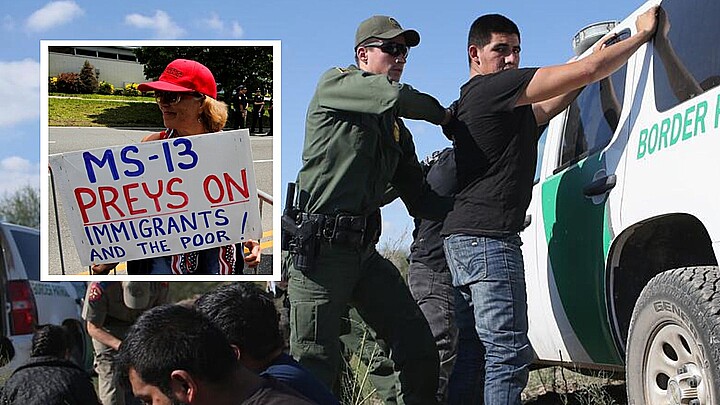