Republican Rep. Maria Elvira Salazar praised DeSantis for passing the legislation and said that “it is important that Florida students learn of the horrors of an ideology that murdered 100 million people"

Republican Gov. Ron DeSantis signed a bill on Monday that will require public high schools in Florida to observe “Victims of Communism Day" -- a move which has been applauded Republican Rep. Maria Elvira Salazar (FL-27) who has introduced similar legislation in Washington.

In an exclusive conversation with ADN America, Salazar praised DeSantis for passing the legislation and said that “it is important that Florida students learn of the horrors of an ideology that murdered 100 million people.”

But the Cuban-American congresswoman said she believes all Floridians should be exposed to the horrors of communism – not just students.

"It is not enough to learn in our schools; all Floridians must be reminded often of the atrocities committed by communist regimes throughout history. That is why I welcome the fact that November 7, the date marking the birth of the Soviet Communist Empire, is commemorated as Victims of Communism Day, in remembrance of those who have suffered and still suffer under the evils of Communism: death, starvation and exile,” she noted.

"I am very pleased to see Governor DeSantis sign this bill into state law and look forward to the day when my similar federal legislation is brought to a vote in the House of Representatives,” she added.

According to HB 395 – which passed both houses of Florida’s legislature unanimously earlier this year --  public high schools in Florida must instruct students on the horrors of communism each year on or before Victims of Communism Day on November 7.

“We want to make sure that every year folks in Florida, but particularly our students, will learn about the evils of communism, the dictators that have led communist regimes, and the hundreds of millions of individuals who suffered and continue to suffer under the weight of this discredited ideology,” DeSantis said at a press conference.

Beginning in the 2023-2024 school year, students across Florida will observe “Victims of Communism Day” and learn about “topics such as Mao Zedong and the Cultural Revolution, Joseph Stalin and the Soviet System, Fidel Castro and the Cuban Revolution, Vladimir Lenin and the Russian Revolution, Pol Pot and the Khmer Rouge, and Nicolás Maduro and the Chavismo movement, and how victims suffered under these regimes through poverty, starvation, migration, systemic lethal violence, and suppression of speech.”

“We have a number of people in Florida, particularly southern Florida, who’ve escaped totalitarian regimes, who’ve escaped communist dictatorships to be able to come to America,” the governor said at the time.

Salazar introduced similar legislation in Washington last December under the Crucial Communism Teaching Act (CCT).  If signed into law, the CCT would help educate American high school students about the dangers of communism and totalitarianism, “and how they are contrary to the founding principles of freedom and democracy in the United States.”

The program is modeled, in part, after Florida’s House Bill 5, which directs the state Department of Education to develop a curriculum that educates students about the evils of communism and totalitarian regimes like those of Venezuela and Nicaragua.

After introducing the bill, Rep. Salazar spoke with ADN America exclusively outlining the importance of her proposed legislation.

"The youth needs to learn that communism is pernicious and that it has destroyed the lives of Cubans both in Cuba and in exile abroad," she said.

"It is our responsibility to protect our future generations in the United States and to teach those children that the beauty of democracy and liberty is worth much more than the promises of communism. We know that unfortunately people in this country talk about how bad the United States is, but nobody talks about how bad Stalin or Mao were." 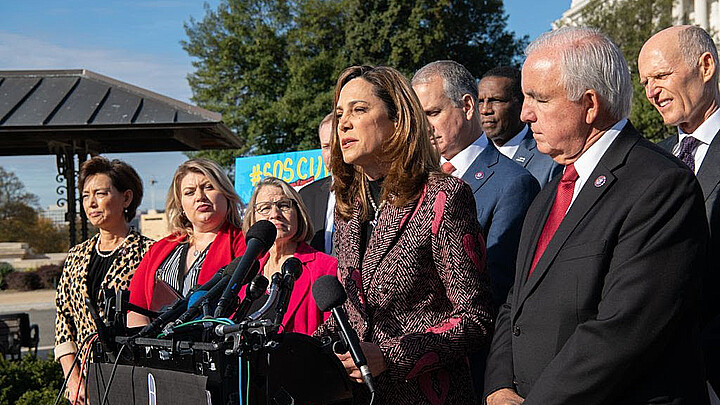 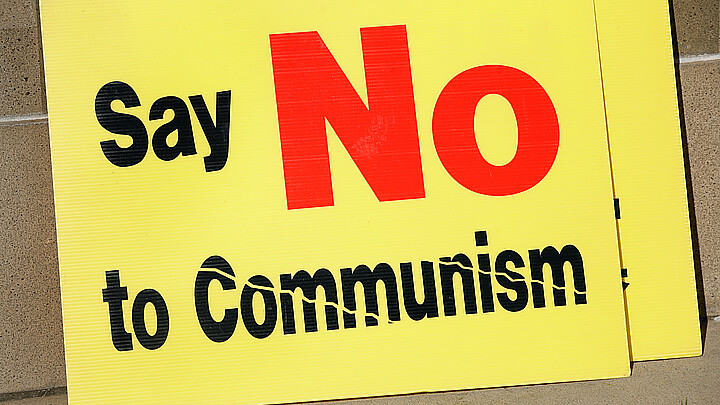