Two U.S. capital ships and their escorts are operating in the waters near Taiwan as House Speaker Nancy Pelosi visits, according to defense officials.

The USS Ronald Reagan, the only forward-deployed aircraft carrier, is operating on the edge of the South China Sea with the USS Tripoli, a big deck amphibious assault ship that is carrying a contingent of Marine F-35B Lightning II Joint Strike Fighters, according to a USNI News report.

Usually based in Japan, the Reagan departed Singapore in late July and is currently operating in the Philippine Sea, which lies west of Hong Kong and south of Korea.

The Tripoli is just south of Okinawa and carrying as many 20 F-35B stealth fighters as a test-run of the U.S. Marines’ “Lightning carrier concept,” which attempts to turn amphibious ships into small aircraft carriers. The smaller ships usually host a mix of helicopters, assault support aircraft and fighter jets to support troops ashore.

Combining multi-role air-superiority fighter jets with an assault ship would give the US more options when employing sea-based air power, James Bosbotinis, a specialist in defense and international affairs, told Insider.

A Pentagon spokesman told USNI News that the ships were operating normally in the region and did not constitute a security detail for House Speaker Nancy Pelosi.

But a senior defense official told the outlet that the two capital ships, which were already in the region, are prepared to linger as a contingency option. Beijing has implied that a visit by Pelosi may be met with a military response.

Tensions in the region have been sky-high since the Russian invasion of Ukraine, as China considers Taiwan part of its territory and has not ruled out retaking it by force. Beijing has discouraged foreign governments from dealing with Taipei directly.

Pelosi became the first high-ranking U.S. official to visit Taiwan since 1997 when she landed on Tuesday, defying both American and Chinese officials who warned her against the trip. 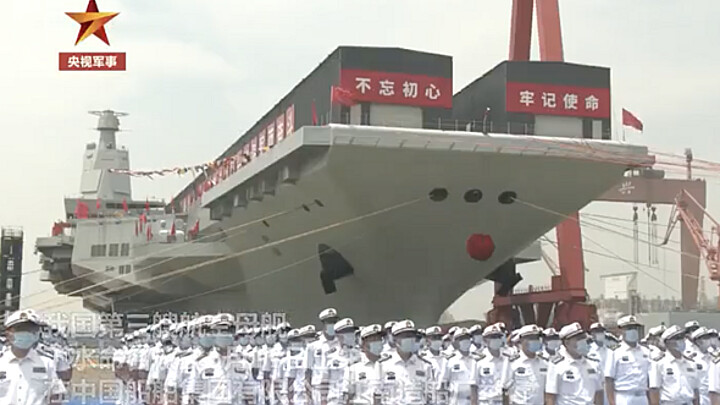