Tanya Contreras Wheeless is among the latest Republican Latinas to announce a bid for U.S. Congress. She is a former Phoenix Suns Vice-President of Communications and the former Deputy Chief of Staff for U.S. Senator Martha McSally.

If 2022 will be remembered for anything in politics, it will most likely go down in history books as the year of the Republican Latina.

Earlier this year Mayra Flores made national headlines when she won a special election in Texas’s 34th district to fill the unexpired term of U.S. Rep. Filemon Vela, making her the first Mexican born Latina to serve in U.S. Congress. The win also made her only the second Republican in history to represent the Rio Grande Valley.

Two other Latina Texan Republicans, Cassy Garcia in Laredo and Monica De La Cruz in McAllen are also running in congressional races in communities near the Mexican border. The combined power of Flores, Garcia and De La Cruz have prompted conservatives to call them the “triple threat.”

“They share the same advisers, have held campaign rallies and fund-raisers together and have knocked on doors side by side,” reported the New York Times on July 6. "They accuse the Democratic Party of taking Hispanic voters for granted and view themselves, as do their supporters, as the embodiment of the American dream: Ms. Flores often speaks of working alongside her parents as a teenager in the cotton fields of the Texas Panhandle.”

In another development, two Democratic Latina judges in Texas, Dale Carruthers of Terrell County and Cinderela Guevara of Presidio County—who both preside over cases in border communities declared an immigration invasion in the state—and announced they were defecting to the Republican Party.

However, the so-called ‘Republic of Texas’ isn’t the only place Republican Latinas are on the move.

Wheeless' story is all-American, and something that should appeal to Republican voters in the upcoming primary election.

Having been born to a young mother, she grew up struggling. She started working at a local bakery at only 14 years old to help her family make ends meet. Her mother worked at K-Mart and her father was in construction. Both her grandfathers worked in blue collar jobs and one of her grandmothers was a nurse while the other worked on a farm.

But financial hardship didn’t stop Wheeless from getting good grades and getting an academic scholarship for college.

During her time in between university classes, the then aspiring student says she mopped floors and worked at a cash register. Eventually the cashier-college student went to law school, became a lawyer, a lobbyist and rose to become a powerful aide for a prominent Arizona U.S. Senator.

The cashier turned lawyer is now aiming to become the first Latina to represent Arizona in the United States House of Representatives.

“I got into the race to protect the American dream,” she told Fox News in a recent interview. “I am a product of that. My grandmother immigrated here from Mexico as a young girl, and so I believe in the power of that."

The former Phoenix Suns executive told Fox News that she was inspired to run because Democrats take “Latino support for granted.”

Wheeless made the comments just days after the Hispanic community complained about first lady Jill Biden comparing the Latin community to breakfast tacos. The comment quickly came under fire and the first lady apologized.

She says comments like those are showing the Hispanic community that they are being stereotyped by the left, adding that she expects there to be a ‘red wave’ this November when voters come to the polls.

“The values that certainly were in my family growing up, and I think with many Latino families, of faith and family and freedom and entrepreneurship… are in alignment with the Republican Party,” Wheeless told Fox News. “We're going to see a greater number of Latinos coming to the Republican Party.”

The Republican victor will face the current U.S. Representative, Greg Stanton in the general election. Stanton’s 9th district was recently redrawn, putting it play for Republicans.

But Wheeless believes she has a special edge.

“I was so lucky to be raised by real salt of the earth people,” she told Fox News.

“We learned at a young age that no one was going to hand anything to us. I was raised with that old fashioned ethic of your word is your bond. You work hard. You take care of your family. I also think when you grow up with nothing, you work a little harder to make something. You learn grit.”

Wheeless, who the Arizona Republic reported has previously donated to Democratic campaigns, says she is now concerned about the direction the U.S. is taking in its tilt to the left, emphasizing the need to have safe communities and a strong economy so people know their assets, businesses, homes are secure and that their hard work is paying off.

“I saw what was happening under the Biden administration and with the Democrats in D.C. as not being supportive of that,” she told Fox News. “As I think about being a congresswoman for this district, I will take all of that with me.” 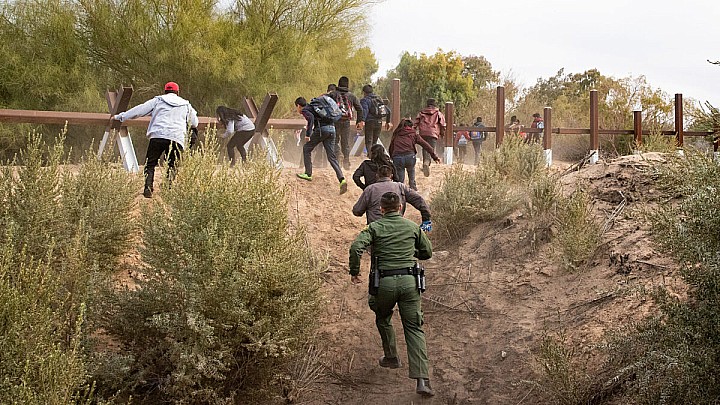