Arizona Governor Doug Ducey issued an executive order on Thursday to fill in the gaps in the border wall with shipping containers topped with razor wire without waiting for federal permission to do so.

The executive order directs the Arizona Department of Energy and Military Affairs to fill in the gaps in the wall in the Yuma sector, which has seen an unprecedented number of migrant crossings.

The gaps will be filled in by 60 double-stacked shipping containers that have been welded shut. The containers will be topped with four feet of razor wire.

Each new section of the “border wall” will measure 22 feet and weights 8,800 pounds, according to a tweet posted by Ducey.

"Arizona has had enough," Ducey said in a statement. "We can’t wait any longer.”

Ducey blamed the Biden administration for not acting to secure the border, despite the Department of Homeland Security (DHS) announcing that they would fill in four border wall gaps in Yuma last month.

"For the last two years, Arizona has made every attempt to work with Washington to address the crisis on our border. Time and time again we’ve stepped in to clean up their mess. Arizonans can’t wait any longer for the federal government to deliver on their delayed promises," he said.

Arizona is pressing forward with the project despite not having explicit permission from the federal government to do projects on federal land. The project is expected to be completed next week.

“Arizona will not sit idly by as the Biden administration fails to do its job and safeguard our state and nation from the clear and present danger of an unsecure border,” Ducey added.

The Yuma Sector of the border wall has seen a 242% increase in migrant encounters this year compared to the previous one. Ducey’s office claims that the unprecedented number of migrants crossing the border is overwhelming officers and nonprofits in the area that help migrants.

"Yuma has experienced the worst of the border crisis. We’re grateful to Governor Ducey for ingraining himself in this issue and finding solutions," said Yuma Mayor Doug Nicholls. 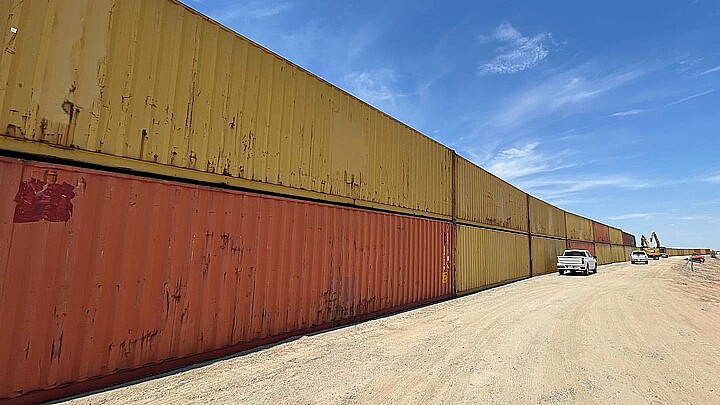 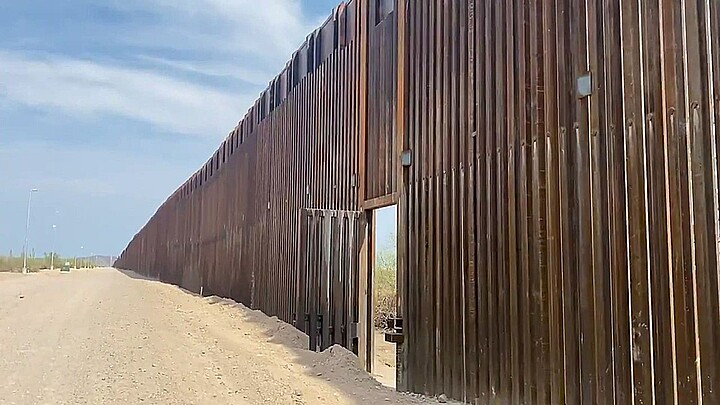