While polls show Latinos support background checks and red-flag laws for firearms, gun ownership for firearms among Hispanic Americans has increased by 49% since 2019

The story, reported by Just the News on Wednesday said Amalgamated Bank, which works more than 1,000 unions, has reportedly already submitted an application to the International Standards Organization (ISO) for a new MCC.

That new purchasing code would be specific for firearm and ammunition merchants, despite the concept being widely unpopular with with firearms owners and statistics showing most union members are pro-Second Amendment.

The new MCC could receive mixed reactions from Hispanic Americans. While polls show Latinos support background checks and red-flag laws, some experts say those polls have not reflected actual voting trends. That may be partially due to the fact that Latino gun ownership has skyrocketed 49% in the past couple years, and because national registries may trigger concerns for those Hispanics who emigrated from authoritarian countries. ADN took a look at all these issues and this is what we found:

A recent survey conducted by Ipsos in partnership with Axios and Telemundo says that 44% of Hispanic adults said crime or gun violence was one of the top three concerns they are most worried about, but while gun ownership and sales have surged in the community, polls indicate many Latinos support background checks and red flag laws.

But gun control measures systematically underperform their polling by at least 20% on average, according to pollster and former Obama presidential campaigner David Shor whose findings were published by the New York Times in June.

Shor says that’s because when it comes to guns and crime, statistics show the public trusts Republicans more, just as they trust Democrats more on issues involving race and the environment. To prove his point, Shor cited a 2016 Maine background checks measure that failed on the ballot despite polls showing overwhelming support before the election.

“We just delude ourselves about the politics here. This Maine background checks ballot measure is instructive—40 point lead in polling, outspent the other side seven to one, still ended up losing. It’s pretty bleak,” he tweeted.

As ADN summarized in its September report, “Despite varying opinions and subsets of viewpoints on these complex issues, the overall picture seems to support a Hispanic defection from the left and drift toward the center and the right.”

Although only one in five Latinos polled by Axios say they own a firearm, that number skyrocketed during the pandemic, according to a November 2021 ABC News report. A recent survey data report by the National Shooting Sports Foundation (NSSF), a firearms trading association, says law-abiding Hispanic Americans purchased firearms in 2020 at a rate 49% higher than they did in 2019.

“That swing of Hispanic-Americans’ preference showed in the 2020 presidential election where former President Donald Trump’s message of law and order and support for the Second Amendment resonated. The former president garnered 10 percent more Hispanic American vote share than he did in 2016.”

Crime continues to be a top concern for Hispanic Americans as evidenced by recent polls conducted in top Latin demographic areas.

In August, a Dallas Morning News poll  reported that Texas Gov. Greg Abbott still holds the same 7-point lead over Democratic opponent Beto O’Rourke that he did before the tragedy occurred at Robb Elementary School, and another poll conducted from July 20-August 1 by Hispanic American interest group UNIDOS US said that Latinos in Arizona remain laser focused on inflation, jobs and rising crime.

On Sept. 12, ADN reported that many surveys are consistently demonstrating that the majority of Latinos support more police funding.

One such poll conducted in March this year by the Los Angeles based Pat Brown Institute found that nearly half of Latinos polled said they want police funding to “remain steady” while a third want it to increase.

In the recent Amalgamated Bank case, the institution suggests that all banks follow its lead, a move that would leave consumers little to no freedom to choose whether they want to bank with an financial center that is red flagging their firearm purchases.

“This code is the key to creating new tools that all financial institutions must now use to begin detecting and reporting suspicious activity associated with gun trafficking and mass shootings to the Financial Crimes Enforcement Network, the government agency charged with safeguarding the financial system from illicit use,” says the bank's website.

While the federal government is restricted from developing and implementing a national registry for guns, the new credit card purchasing code “could provide a way for the government to outsource the creation of a registry that the government itself is prohibited from creating,” the NRA-LA warns in a statement on its internet page. “If banks and payment processors share their records with the government, that would be a major step towards the registration of all gun owners in America.”

Latinos support privacy rights. But will that result in opposition for firearm background checks?

Expanding MCC codes to all financial institutions may not sit well with some Latinos, especially those who came from authoritarian countries such as Cuba, Nicaragua and Venezuela where gun ownership was outlawed by communist regimes. Even countries without such regimes with draconian gun control laws, such as Brazil, Colombia and Mexico making some recently admitted immigrants potentially nervous.

Others may simply be concerned about general privacy rights.

According to a recent Sept. 24 report published by the Electronic Frontier Foundation, “some countries are pursuing cybercrime policies that seek law enforcement power without strong legal safeguards. In other nations, government-run biometric identification systems are on the rise, while certain governments are even turning to drones to aid in their surveillance activities. A culture of secrecy surrounds these surveillance practices, and citizens remain largely unaware of what types of information are being collected and how it is being used against them.”

The report indicates that a “fledgling privacy movement has been working tirelessly to shed light on overarching surveillance practices and to preserve civil liberties” in the wake of these recent changes. To evidence this, the EFF says social media and posts have shed light on both government activities and activist resistance.

The report cited several organizations such as the Via Libre Foundation in Argentina, Movemiento Mega Nao and NUPEF in Brazil and the Association for Progressive Communication (APC) in Latin America that are pushing for more awareness on the issue, including annual, regional preparatory meetings for the United Nations Internet Governance Forum.

State and federal red flag laws: the past and the future

Before 2018, only five states—California, Connecticut, Indiana, Oregon and Washington state had red flag laws, but after the Parkland, Florida shootings at Marjorie Stoneman Douglas High School that year, several other states including Delaware, Florida, Illinois, Maryland, Massachusetts, New Jersey, Vermont and Washington, D.C. added them to the books.

In 2019, Colorado, Hawaii, Nevada, New York, enacted such laws, and in 2020 New Mexico and Virginia followed.

On June 25, 2022, President Joe Biden signed a firearms safety bill that included several changes to gun laws, one of which enabled state governments to receive grants from the U.S. government if they pass and enforce red flag laws.

Despite Latinos’ aversion to privacy invasions, their concerns about rising crime and possible polling anomalies, the numbers in support of background checks and red-flag laws currently appear to be strong in the Latino community. The best indicator of whether such polling proves to be accurate however, could be how Hispanic Americans vote in this year’s upcoming 2022 midterm election. 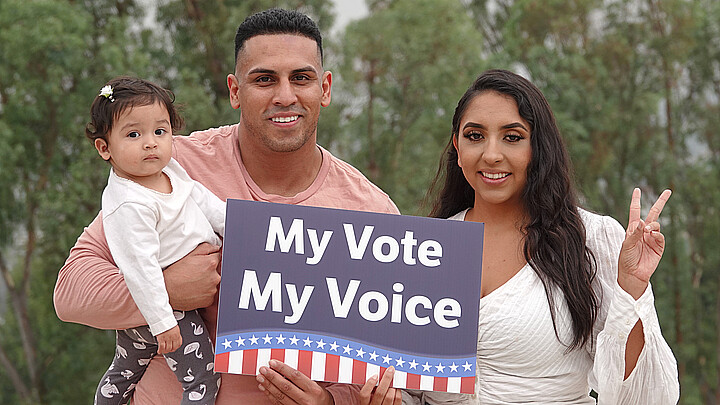 Hispanic Americans point to crime, immigration and the economy as key concerns 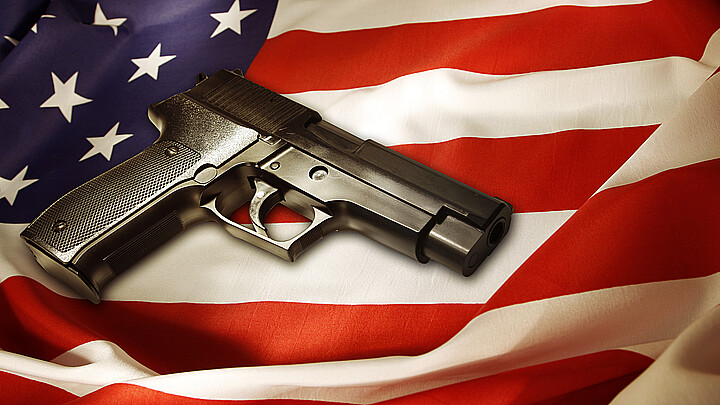 Survey finds 5.4 million Americans legally purchased a firearm for the first time in 2021